Warning: Trying to access array offset on value of type null in /homepages/19/d909032142/htdocs/backupdoggypaws.co.uk/DoggyPaw/wordpress/wp-content/themes/Avada/includes/options/header.php on line 119

Warning: Trying to access array offset on value of type null in /homepages/19/d909032142/htdocs/backupdoggypaws.co.uk/DoggyPaw/wordpress/wp-content/themes/Avada/includes/options/header.php on line 654

Warning: Trying to access array offset on value of type null in /homepages/19/d909032142/htdocs/backupdoggypaws.co.uk/DoggyPaw/wordpress/wp-content/themes/Avada/includes/options/header.php on line 857

Warning: Trying to access array offset on value of type null in /homepages/19/d909032142/htdocs/backupdoggypaws.co.uk/DoggyPaw/wordpress/wp-content/themes/Avada/includes/options/header.php on line 1265

Warning: Trying to access array offset on value of type null in /homepages/19/d909032142/htdocs/backupdoggypaws.co.uk/DoggyPaw/wordpress/wp-content/themes/Avada/includes/options/menu.php on line 115

Warning: Trying to access array offset on value of type null in /homepages/19/d909032142/htdocs/backupdoggypaws.co.uk/DoggyPaw/wordpress/wp-content/themes/Avada/includes/options/social_media.php on line 230
 Why Do Dogs Play? - www.doggypaws.co.uk Skip to content

There are many theories why dogs need to play so we have put together a few theories so you can decide which one you think is best.

Puppies and fully grown dogs love to run around and play. They chase one-another, roll around on the floor, play fighting, nipping each other. Most dogs look for objects to pick up and tease the other dogs. You may even have observed dog’s playing-tug-of-war with an object like a piece of rope. Puppies learn over time how hard they can bite during playtime. During these play games puppies will learn vital key skills such as dog pecking order, how to defend themselves and how to obtain food correctly.

Another great theory is that puppies play to develop their balance and co-ordination as they are knocked over during play time. As puppies are knocked over the brain releases hormones so that the puppy will be able to cope under stress. This theory relates to puppies enjoying their toys however very nervous of new toys and unknown dogs. This can also be noted during play when a puppy submits themselves when a dog is over powering, this self-handicap positioning can be used under real aggressive behaviour by another dog.

There is evidence that when puppies and dogs play this promotes social skills between dogs. When dogs play this encourages dogs to play in a group as a pack. Playing builds up social skills which humans follow as children. When dogs play games such as tug-of-war with a human dogs love to win. However, when the dog does win, this does not embolden dominance against the human. This game purely promotes play and not a social ranking order.

Dogs have too much energy

The next theory is that dogs have far too much energy and they need to burn it off. Dogs which are deprived a social environment such as playing fields can be linked to repetitive behaviour issues rather than playing correctly with other dogs. However, if this theory was correct that dogs have far too much energy, then there would be a consistent trait within all dogs.

Welfare of dogs due to play

The welfare of dogs can be emphasised due to various different types of play. The term individual play relates to a dog or puppy that is playing with its toys. During this play the dog’s rewards will be the reduction of stress, however during a poor environment (not enough attention), can reflect in destruction due to poor welfare.
According to research social play is extremely good for the dog’s welfare. However, if a dog has been brought up without another dog play, this may lead to over aggressive behaviour during adult play. This is why it is vibrant that puppies have another play mate during their younger years.

When it comes to toys dogs would rather play against a human than other dogs. There is two types of play: indirect play (dog playing with a toy with a human). Direct play (dogs playing with another dog). Direct play encourage a bond between the dog and the human. However, there may also be times when a dog’s play with a human is not encouraged such as an unpleasant game of tug of war when the dog becomes stressed due to being full of discipline rather than a spontaneous and affectionate game.

Why should you let your dog play?

Dogs play as they will embrace new motor skills, build and enhance social skills which allows them to be prepared for unexpected eventualities. Play promotes different functions depending on which stage of play it is in. For example the beginning and the end of the game is extremely good for cohesion, whilst the main part offers new motor skills.

What does play mean to your dog?

When your dog plays it achieves many different important functions. So next your puppy wants to play, just remember the skills that your pup will learn during this play and the social relationships it develops.
When you get your new puppy it is very important that your puppy interacts with a suitable playmate. Many vets offer puppy classes which are ideal to find that perfect pond between pups. Remember that play time should remain positive so you must monitor your pup carefully. If during play you do not know whether the puppies are still playing, then separate the two dogs and see if that return to play or not.
Puppies that have been breed from a commercial (puppy farm) may not have that social interaction due to the environment they have experienced. If this is the case then it is even for vital that your puppy has lots of play to develop these key skills.

About the Author: admin 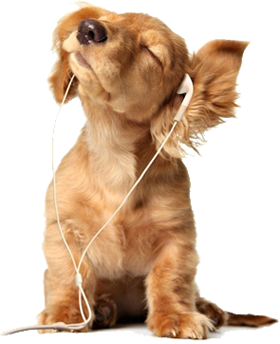